2022
Creation of the PACA and LTD London agency

2021
Creation of the OCCITANIE agency

Opening of a sales office in Montpellier.

2021
Creation of the ALPES agency

For an increased presence in the Savoie and Haute Savoie regions and Switzerland. 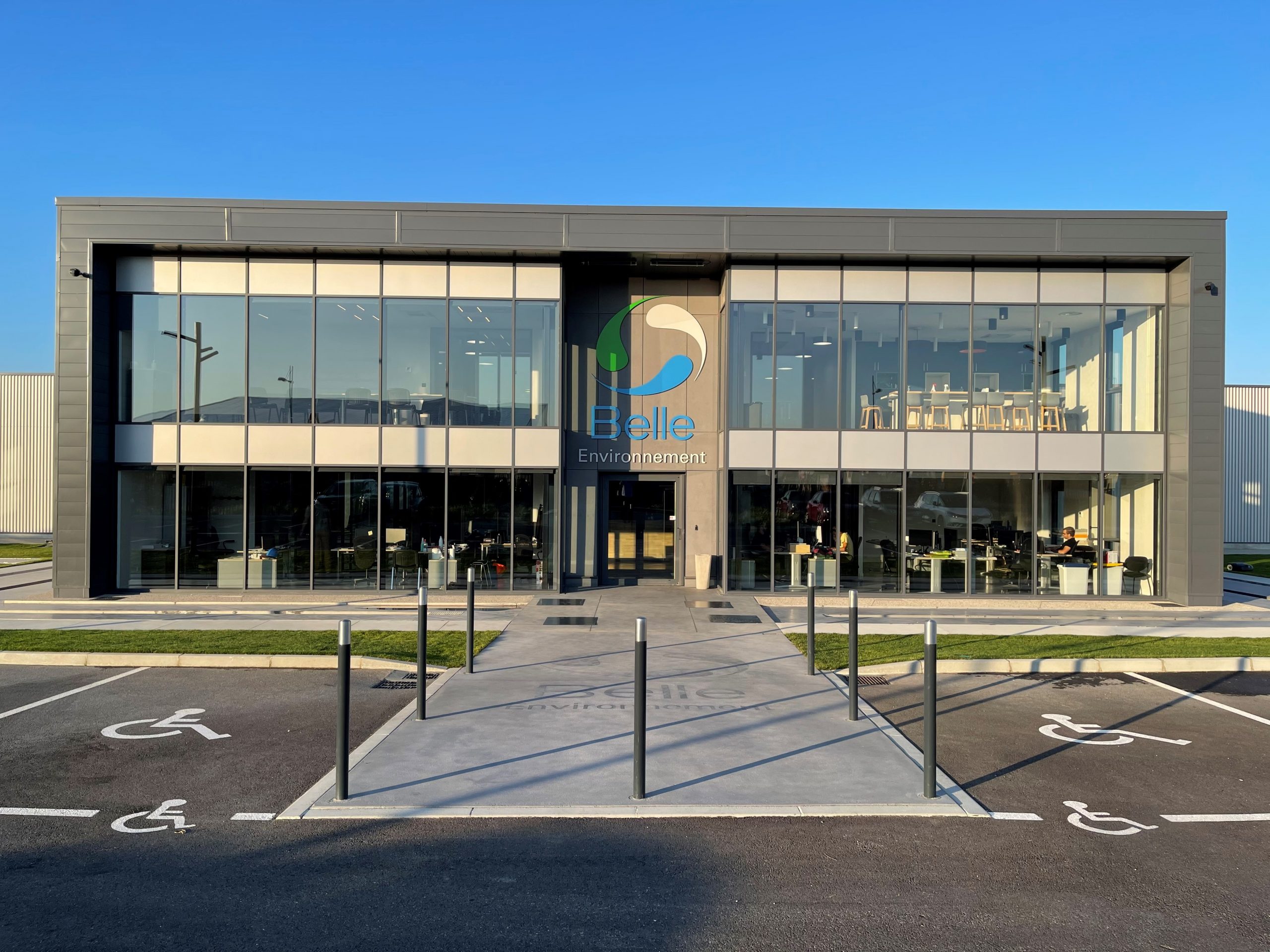 To improve the visibility of the agencies across France, four regions have been created:

In order to improve the working conditions and efficiency of a company that has seen its workforce increase fourfold,
a new head office was built in Montélimar. Like a showcase,
many business applications will be visible.

2018
Opening of the GREAT WEST agency

In order to continue to support our partners and clients in their projects, the GREAT WEST agency
has now opened its doors. With the 4 agencies, BELLE ENVIRONNEMENT has a national network.

Creation of the NORTH ILE DE FRANCE agency, following the award of the renovation contract for the
Champs Elysées fountains.

The company changed its name to reflect the group's development in the fields of
pumping and urban engineering.

2013
Creation of the GREAT EAST agency

In order to increase our responsiveness in a geographical area where we were already very active, the GREAT EAST agency was created. 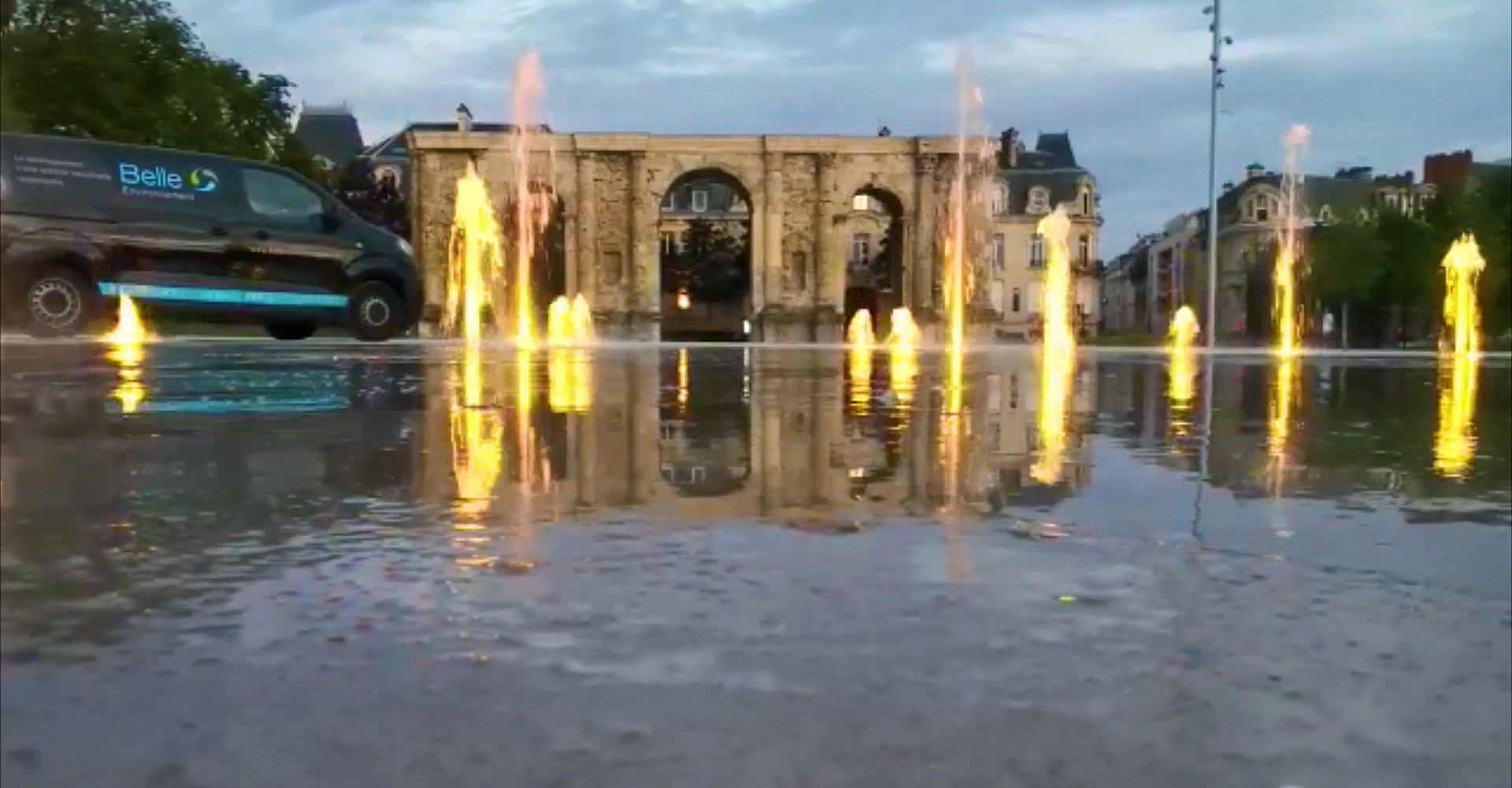 Luc CHAZE joined the family business with the same determination and passion for the job. He set up the commercial name Belle Environnement and developed new sectors: public markets became a major element of development. He established important partnerships with public works groups and public and private planning offices. He organized the company into several areas of expertise: Pumping stations, Fountains, Swimming pools and SPAs, Irrigation, Automation and Electricity

1980
Acquisition by the second generation of the Chaze family

His son Mr. Patrick CHAZE buys the company. Very early on, his visionary qualities directed him towards the industrial markets. The primary sector being largely equipped, the market is running out of steam. His reputation as a serious and competent man led him first to Lafarge where he set up, in partnership with the Group, a set of solutions for the reprocessing and reuse of water loaded with concrete. He then moved on to landfill sites, where he developed pumps that were resistant to the corrosion of acidic products produced by the decantation of waste. All these new applications allow the company to evolve technically and to increase its presence in the industrial world.

1964
Acquisition by the Chaze family

Mr. Yves CHAZE buys the company. He develops the pumping station sector in public markets. At the time of the expansion of the city of Montélimar and its equipment in separative wastewater networks, the company participated and installed the first wastewater lifting pumps for the transfer of effluents. 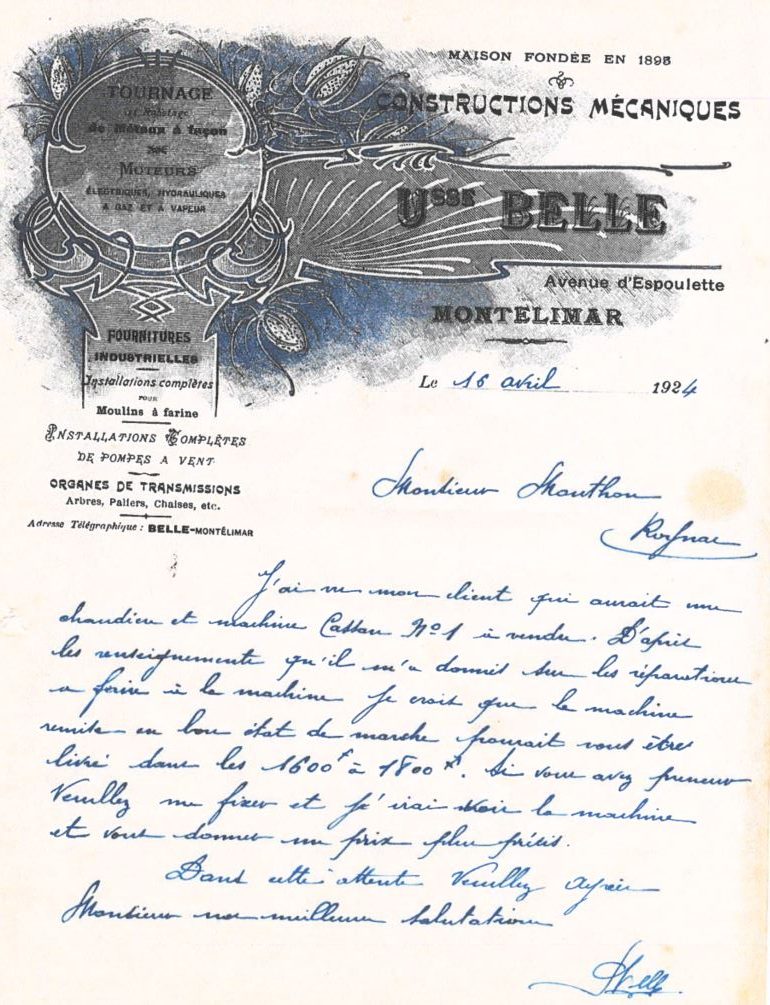 Ulysse BELLE created the company in Montélimar, in the Drôme region, specializing first of all in pumping, irrigation and general mechanics in the agricultural field.

Specialist in water treatment, fountain company for over 60 years !

You can find out more about which cookies we are using or switch them off in settings.

This website uses cookies so that we can provide you with the best user experience possible. Cookie information is stored in your browser and performs functions such as recognising you when you return to our website and helping our team to understand which sections of the website you find most interesting and useful.

Strictly Necessary Cookie should be enabled at all times so that we can save your preferences for cookie settings.

If you disable this cookie, we will not be able to save your preferences. This means that every time you visit this website you will need to enable or disable cookies again.

This website uses Google Analytics to collect anonymous information such as the number of visitors to the site, and the most popular pages.

Please enable Strictly Necessary Cookies first so that we can save your preferences!